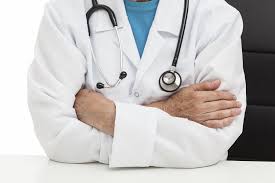 There’s the possibility that making jokes may soon be subject to government regulation. According to an independent report, Political Correctness In Action is lobbying to have humor regulated — and not just because of political correctness.

“Jokes are no laughing matter. Everyone knows that humor can not only be deeply offensive but is, in fact, medicine and as such jokes and comedic words , gesture and actions need to be regulated,” said Neva Smiles, president of the group PCIA

The lobbying group is pushing for legislation that would require anyone telling a joke or “indulging in comedic or humorous actions, gestures or words” to have a state-issued medical license. Jokes could then only be told in the state in which you were licensed.

A spokesman for the health insurance industry said that the sector is already working on a diagnostic code for those who need to be humor recipients. Once the insurance company has cleared the person to receive “humor care,” a licensed humor practitioner could tell them up to three jokes or LII, Laughter-Inducing Interactions, within any 24 hour period. Because laughter also often occurs in the joke-teller, LHPs, Licensed Humor Practitioners, would be limited to treating three patients a day.

Similarly, a pharmaceutical rep who chose to remain anonymous, said companies are already working on formula that would produce the same effects as laughter without dangerous exposure to offensive jokes.

One substance is hydrotetrachlorodisulphide known by the name Laughenol. This rep said that although ‘Laughing Gas,’ in the form of Nitrous Oxide is widely available, there were concerns within the industry of its impact on the environment, and therefore new, synthesized forms of comedications  (pronounced comedic-ations) were necessary. One pharma industry analyst and investor, Maeda Fortune, said this could be the greatest boost to pharma since they were able to get acceptance of the name Attention Deficit Disorder to replace the former diagnosis of Minimal Brain Dysfunction.

Not everyone is in favor of the new proposals, however. Memory researcher Professor Ivor Gotten says humor is important to memory and that he has concerns that a reduction in humor would be a big problem.

An expert in self-control, Dr. Ava Nother, said that many people are compulsive joke tellers and may have difficulty refraining from unlicensed humor.

The pharmaceutical industry claims that rumors of ties to the lobbying group are completely unfounded. “We have never had a formal meeting with them.” He did admit senior pharma execs had unexpectedly run into the lobbying group at a Washington restaurant and had so much in common they ended up chatting for four hours.

Given that 50% of physicians report symptoms of burnout, perhaps they are the ones that need exposure to humor, rather than be the conveyors of it?

Disclaimer: The views expressed in this article aren’t necessarily the opinion of the writer, neither are they necessarily the views of any platform or vehicle in which this article is replicated or reproduced which include newspapers, magazines, all other print media, television, broadcast media, the internet (the ‘world wide web’), internet providers, cable operators and any other form of distribution which may or may not be regulated by the FCC. Any similarities to any living person or current public, private, state or federal institution are entirely co-incidental. Any similarity to any current local, state and federal statues, laws and regulations is entirely co-incidental.This article is in no way intended as legal or medical advice. If you are seeking to engage in any of the activities mentioned in this article you are advised to seek legal counsel. If you have any of the symptoms or conditions mentioned in this article please consult a licensed medical practitioner. The names of places in this article are not the actual locations of alleged events and have been changed for confidentiality purposes. The time-frame mentioned in this article may have been changed for historical reference purposes. No animals were harmed in the writing of this article (despite the fact that the author’s cat repeatedly walked across the keyboard and was generally a nuisance, she was treated within the animal treatment guidelines stipulated in state and federal statutes.) Neither the author nor his assigns or heirs are responsible for any emotional, mental or physical reaction you may have from reading this article. Side effects of reading this article might include laughter, frustration, anger, boredom, insomnia, narcolepsy, chest pain, runny nose and diarrhea. If you experience any adverse physical reactions as a result of reading this article call 911 or immediately go to your nearest hospital Emergency Room. If you object to this article please contact your local or state Humor Control office and ask for the Lost and Found department.